The Science Behind Infrared Sensors

Tour of The Electromagnetic Spectrum

A typical television remote control uses infrared energy at a wavelength around 940 nanometers.

The discovery of Infrared 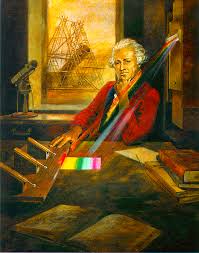 In 1800, a scientist named Sir Frederick William Herschel directed sunlight through a glass prism to create a spectrum - the "rainbow" created when light is divided into its colors - and measured the temperature of each color. He used three thermometers with blackened bulbs (to better absorb the heat) and placed one bulb in each color while the other two were placed beyond the spectrum as control samples.</span>

As he measured the temperatures of the violet, blue, green, yellow, orange and red light, he noticed that all of the colors had temperatures higher than the controls and that the 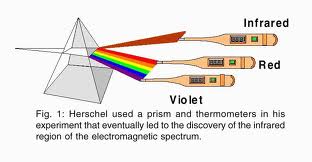 Herschel performed further experiments on what he called the "calorific rays" that existed beyond the red part of the spectrum and found that they were reflected, refracted, absorbed and transmitted just like visible light. What Sir William had discovered was a form of light (or radiation) beyond red light. These "calorific rays" were later renamed infrared rays or infrared radiation (the prefix infra means `below'). Herschel's experiment was important not only because it led to the discovery of infrared, but also because it was the first time that someone showed that there were forms of light that we cannot see with our eyes.

Infrared light shows us the heat radiated by the world around us. By viewing animals with a thermal infrared camera, we can actually "see" the differences between warm and cold-blooded animals. Infrared also allows us to study how well feathers, fur and blubber insulate animals. As you tour this "Infrared Zoo", see what new information you can gather about the animals here that you would not get from a visible light picture.

Tour of the Electromagnetic Spectrum
http://missionscience.nasa.gov/ems/index.html 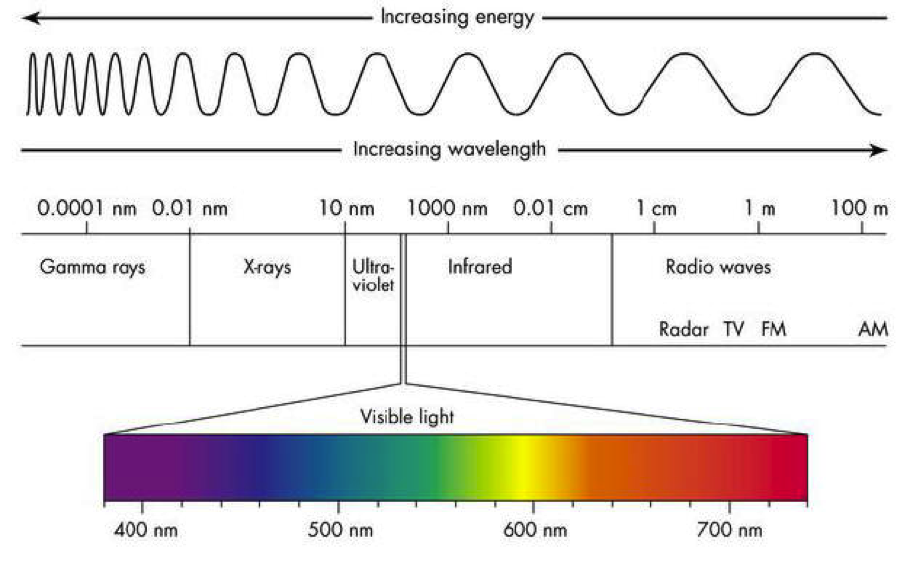 Classroom Demo
Purpose. You and your students will ‘see' infrared light, normally invisible to the human eye, as a continuation of the visible rainbow spectrum.

Introduction. The existence of infrared or invisible light is difficult to demonstrate convincingly. We use invisible light (electromagnetic radiation) all over – TV/VCR remote controls, wireless computer connections, radio and TV transmissions, microwaves for communications and cooking. Our eyes can detect only a small part of this electromagnetic spectrum. 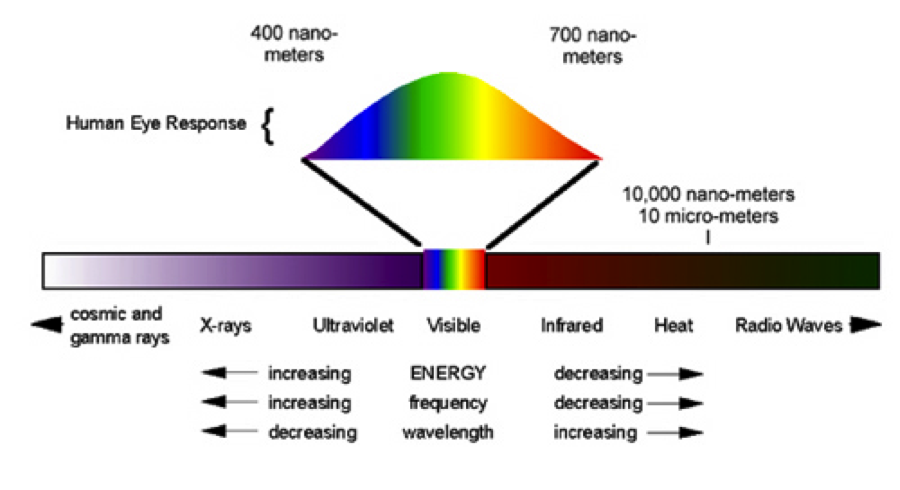 How An IR Sensor Works