From ArduinoInfo
Jump to: navigation, search
print this page
[/RobotKitMenu-C BACK to MENU] 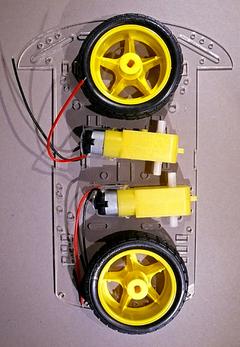 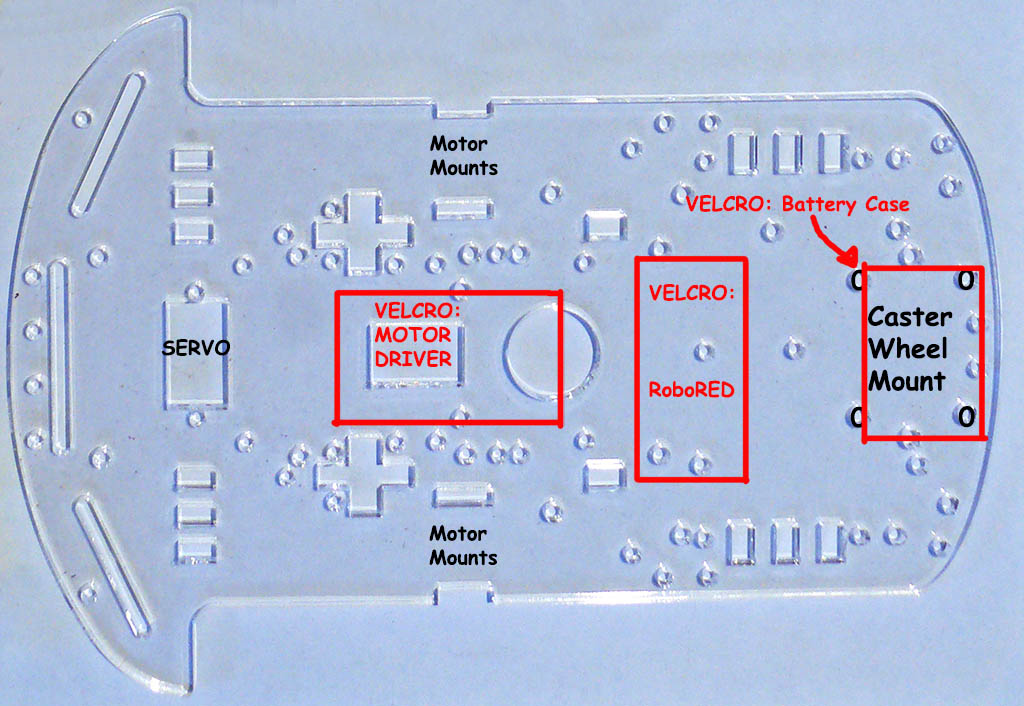 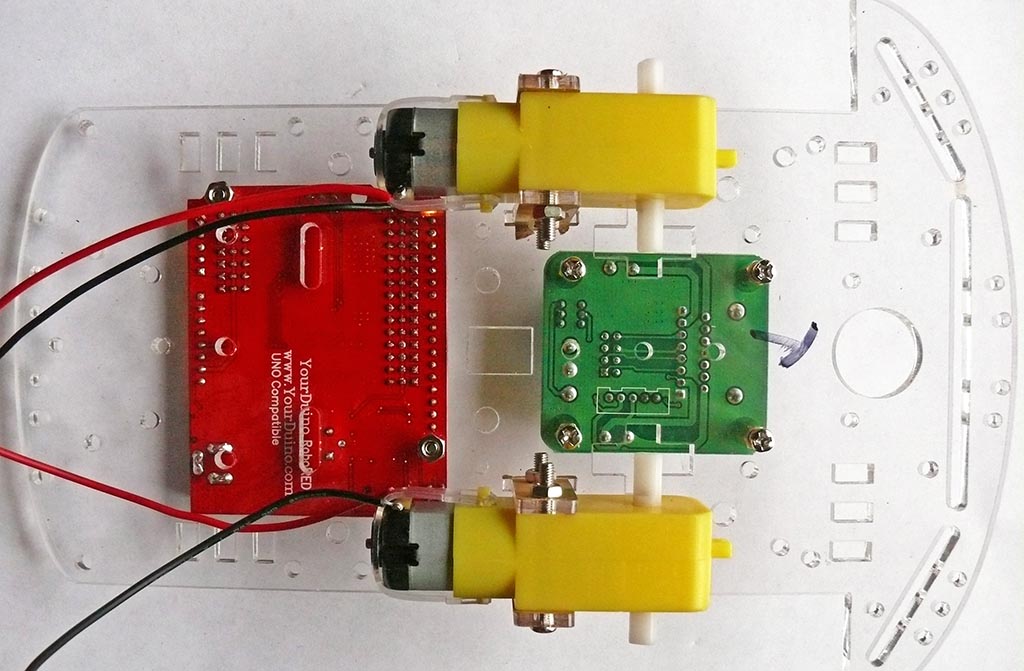 (Photo Below) Here is the Robot Chassis with the parts attached (Now we supply, Velcro, not screws). The motor wires are routed through the holes. We suggest you wait until later to attach the wheels. It's easier to test the wiring and software when the robot can't try to escape :-) 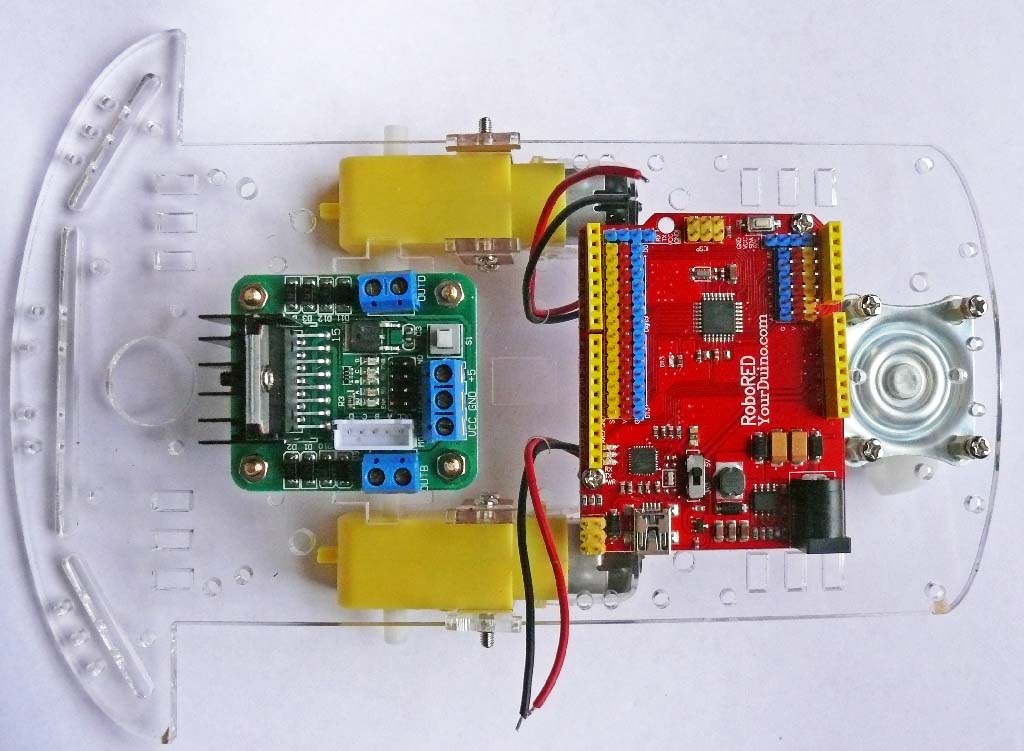 Use the flat end of the screwdriver to loosen the tiny screws in the terminal block, up to the level of the top of the blue plastic. (They may fall out if you go any higher.) You may want to insert a toothpick or other small round object into the terminal strip to enlarge the space a bit to allow the wire to go into place easily. Then tighten the screws moderately. Pull on the wires a little to be sure they are secure. Now turn the chassis around and attach the wires on the other side!</span>

5. For the other end of the cable, find the "Pin Strip" and break off a small section of 3 or 4 pins wide (they will stay in place better than 2 pins but some are unused). Plug that into the Yellow terminal strip on the RoboRED that is closest to the caster wheel. Notice the pins labelled "Vin" and "GND".You need to plug the Red wire into the "Vin" pin (on the end of the yellow strip), and the Brown wire to the "GND" pin which is the next one over. Use the pin strips to make the cable end connect to the yellow strip sockets.
NOTE: Later when you connect the Battery pack with 6 AA batteries to the Yourduino RoboRED external power connector, that power will connect to the VIN and GND to power the motors. 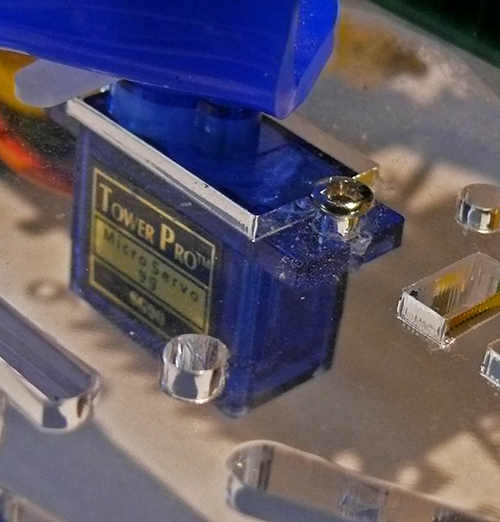 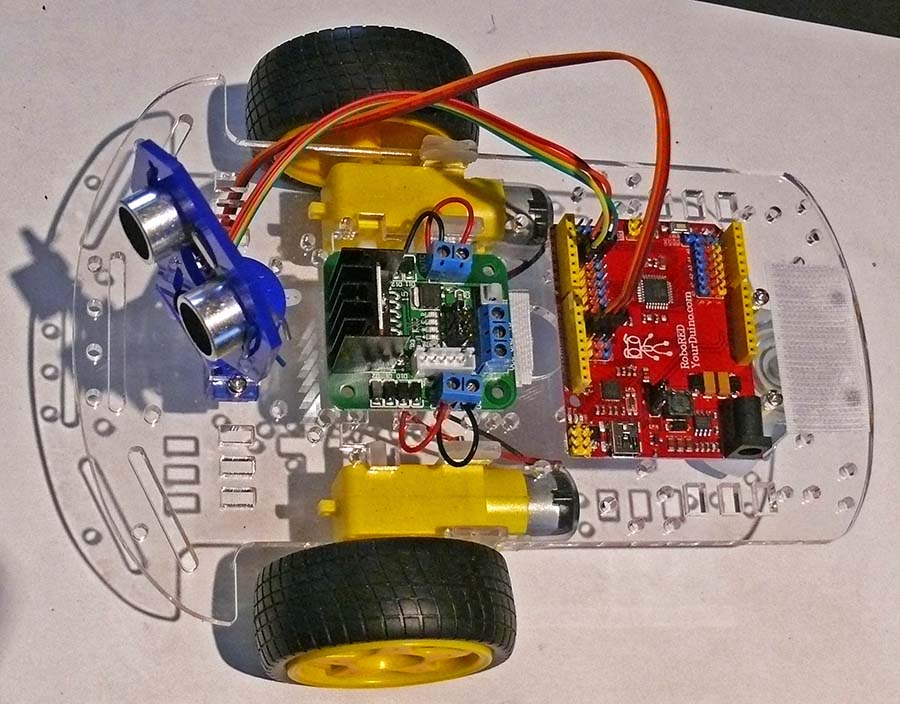 Check that you have the wires connected properly to the RoboRED (See above for cable colors and location). These connections must be correct for the robot to function properly. ### TERRY CHECK THIS ###


ALL Wires In Place. COLORS Correct! 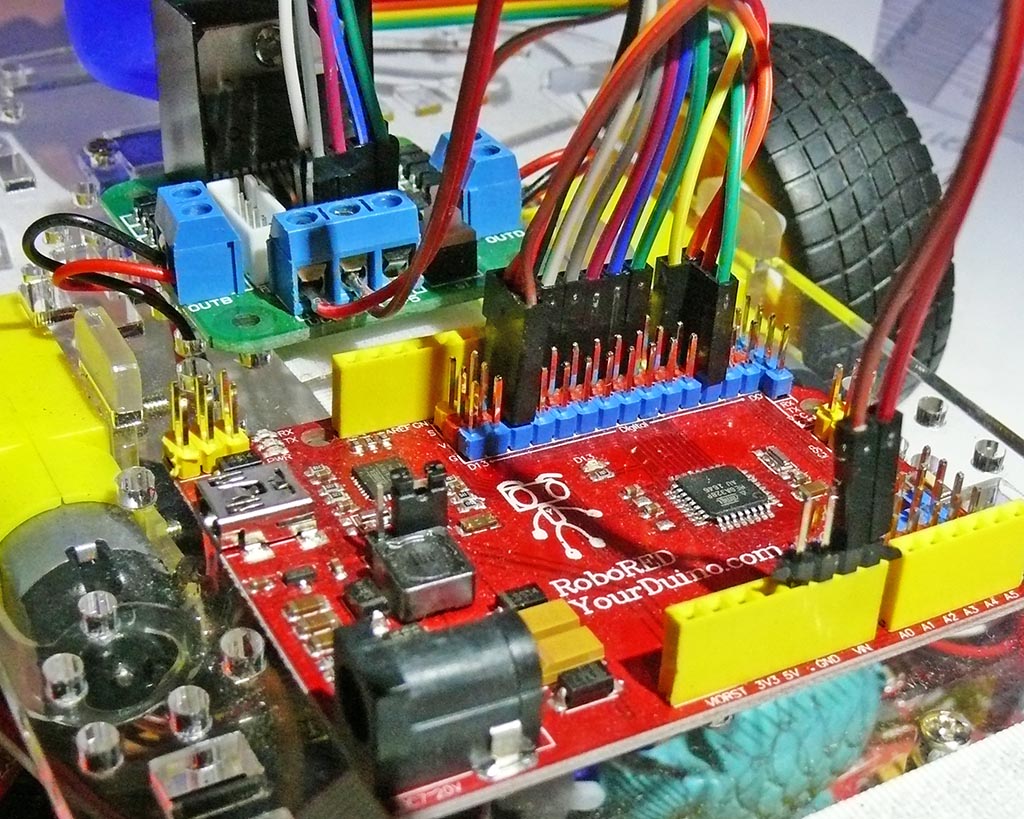