The YourDuino Physical Computing Kit and accompanying Educational Materials are specifically aimed at people with littlw experience with Arduino and Electronics. Learning begins with several "Experiments" in which you will explore various sensors and actuators. The Yourduino RoboRED controller is compatible with the Arduino UNO, but instead of tiny pins it has 3-pin connectors that make it easy to connect to different devices.

ARDUINO is a highly popular open source physical computing platform. With Arduino you can connect and control literally hundreds of different devices, and write software that creates new Intelligent Systems, such as Robots and Home/Industrial Automation Systems. There are hundreds of example projects and tutorial materials online. The YourDuino RoboRED is an Arduino UNO Compatible system that is easy to use. 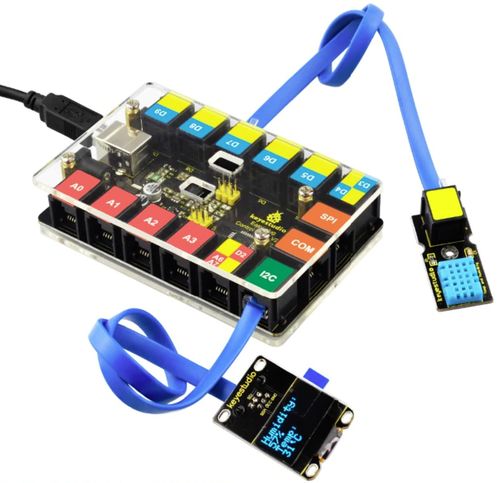 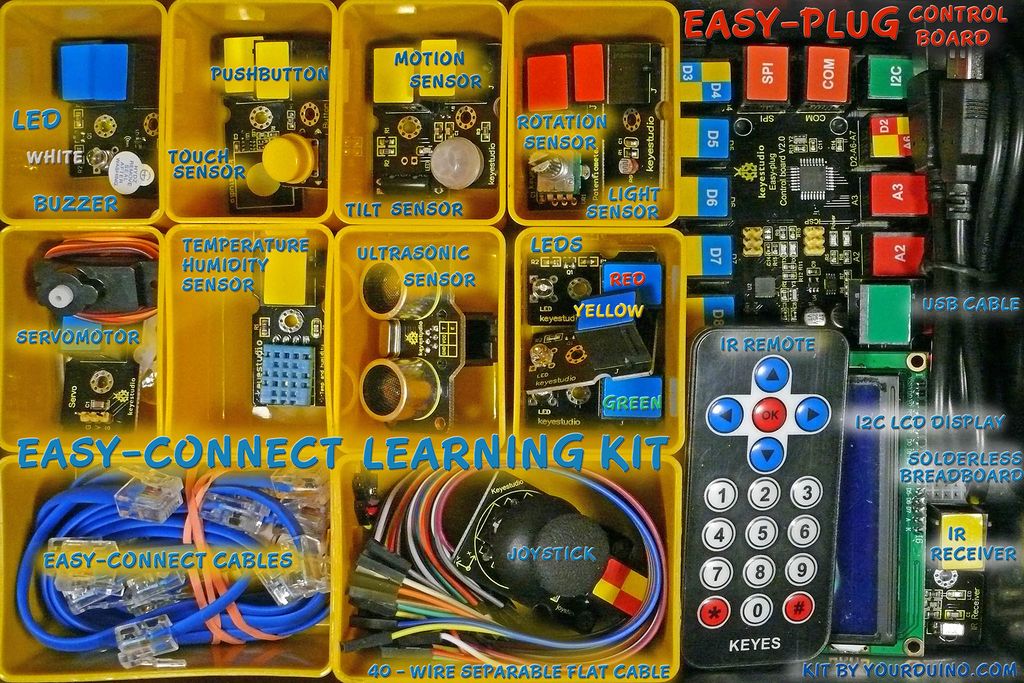