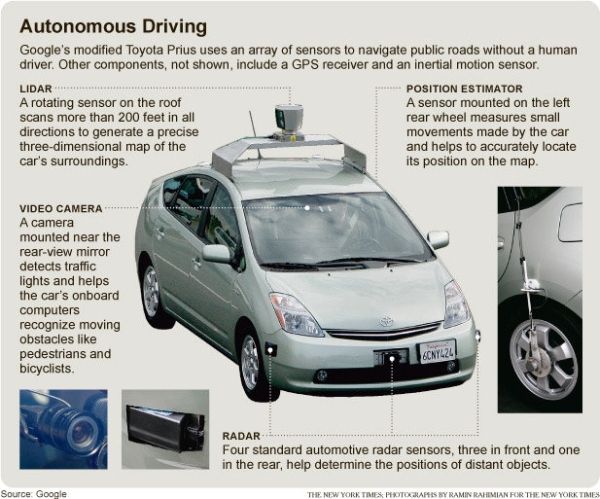 The vehicle uses radars, cameras and ultrasonic sensors to adapt to its surroundings Photo: BMW

BMW has unveiled its new autonomous car prototype, which can drift round corners and pilot through cones at high speed. The new ActiveAssist feature can bring a vehicle "back into line in demanding driving situations without any input from the driver", using 360-degree radars, cameras and ultrasonic sensors. The German manufacturer revealed a modified version of the M235i Coupe at the 2014 Consumer Electronics show in Las Vegas. The car can brake, steer and accelerate without driver intervention. external image DriverlessCars1.gif 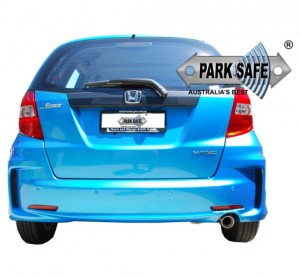 How does the “PARKSAFE” sensor system work? The “PARKSAFE” Parking Sensor is a accurate ultrasonic device which monitors the distance from your Honda to potential obstacles in your blind spot. This distance is indicated by a sequence of beeps through a Piezo beeper (in some cases also by an optional digital display). The closer the obstacle the faster the sequence of beeps, until a continuous tone is emitted indicating that your Honda is now within 30cm of an obstacle. Germid reverse sensors and front sensors electronically scan the area behind or in front of your vehicle during parking procedures and acoustically alarm you to other vehicles or objects within close proximity. 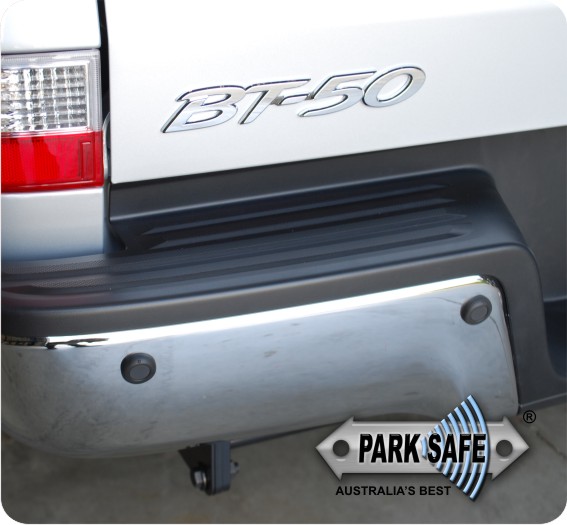 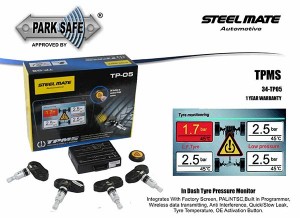 Sensors Turn Any Car into a Self-Driving Vehicles 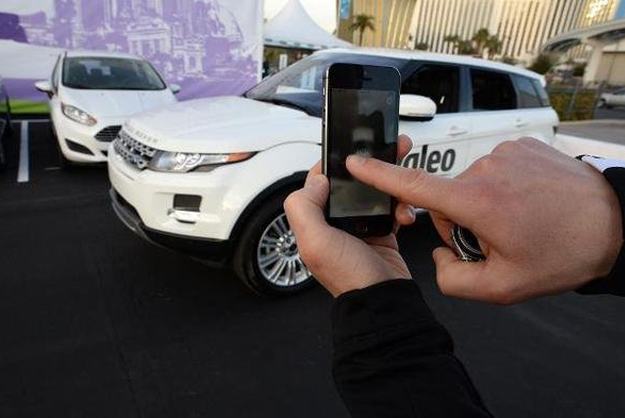 Park Assist and other automatic parking systems have been steadily making their way into automobiles over the past decade. Now, you might not even need to be in your car.

On display at the Consumer Electronics Show in Las Vegas, French automotive equipment maker Valeo has unveiled the next generation of automated “parking valet” systems. Utilizing a series of sensors, cameras, and scanners, Valeo’s new equipment transforms your vehicle into a self-driving car that is capable of finding an open space and safely parking – without you even being in the car. Did we mention this is all done through an iPhone app?
Equipping a vehicle with six ultrasonic sensors in the front, six ultrasonic sensors in the back, four cameras, and a laser scanner on the grille, users are able to stand near their vehicle and swipe the iPhone control to begin self-park – completely unaided and absent of preprogrammed routes.
Demonstrated on a Range Rover Evoque, which comes equipped with the cameras and sensors, the vehicle is able to drive around a lot scanning for an open spot, after which it properly parks – backing in, parallel, or nose first – for easier maneuvering.

Ultrasonic sensors transmit pressure waves of sound energy at a frequency between 25 and 50 kHz, which are above the human audible range. Most ultrasonic sensors operate with pulse waveforms and provide vehicle count, presence, and occupancy information. Pulse-shape waveforms me
Pulsed energy transmitted at two known and closely spaced incident angles allows vehicular speed to be calculated by recording the time at which the vehicle crosses each beam. Since the beams are a known distance apart, the speed can be calculated as beam separation distance divided by the time to traverse the beams. The preferred mounting configurations for range-measuring, pulsed ultrasonic sensors are looking from an overhead position and side viewing as shown in Figure 15-6. Constant frequency ultrasonic sensors that measure speed using the Doppler principle are also manufactured. However, these are more expensive than pulsed models. The speed-measuring Doppler ultrasonic sensor is designed to interface with the highway infrastructure in Japan. As</span>sure distances to the road surface and vehicle surface by detecting the portion of the transmitted energy that is reflected towards the sensor from an area defined by the transmitter's beam width. When a distance other than that to the background road surface is measured, the sensor interprets that measurement as the presence of a vehicle.