PHYSICAL COMPUTING is quite different than using personal computers where the only physical inputs are the Mouse and Keyboard. It creates the world of Mars Rovers, Self-Driving Cars, Home Automation and the Internet Of THINGS. It covers the educational fields usually known as Electrical Engineering, Mechatronics, Robotics, and Computer Science.

It is a challenge to introduce the concepts of Physical Computing (WikiPedia) to people who have no previous experience with electronic devices, sensors, actuators and programming. The Yourduino Physical Computing Robot Kit and teaching materials will make that a reachable goal.

INTRO here about what it IS .. Also preview of robot and parts

The YourDuino Physical Computing Robot Kit and accompanying Educational Materials are specifically aimed at people with little experience with Arduino and Electronics. Learning begins with several "Experiments" in which you will explore various sensors and actuators. You'll learn how to connect several different SENSORS that will tell you values for things like Temperature, Humidity, Motion, distance, Light intensity, Sound, Touch, Tilt and Switches (On-Off). And you will control ACTUATORS like motors, servomechanisms, sounds and lights. You'll also use Communications devices like a handheld remote and Bluetooth transceiver that can connect to Smartphones and run APPs.

You will use the Yourduino RoboRED microcomputer (See Below) which is compatible with the Arduino UNO, but instead of tiny pins it has 3-pin connectors that make it easy to connect to different devices. 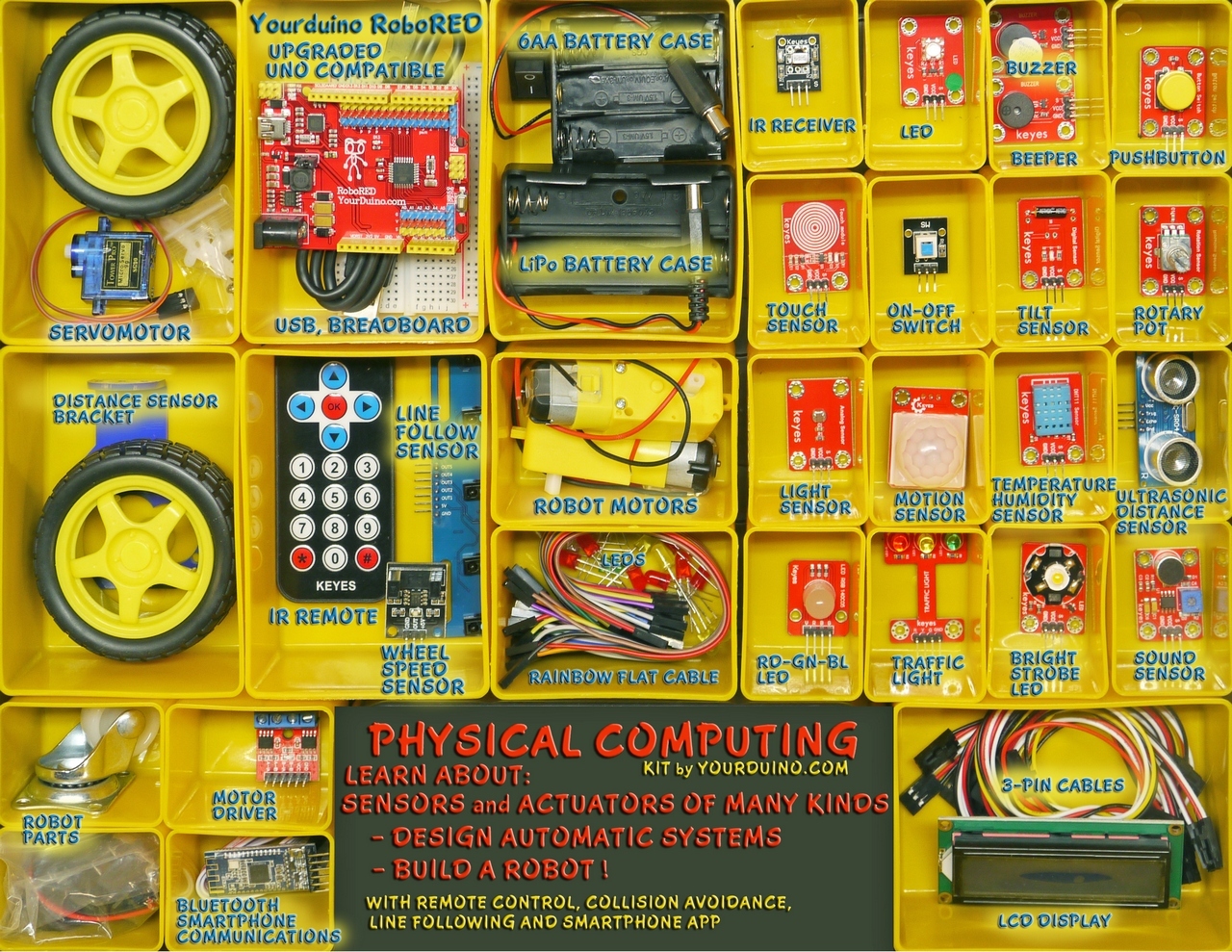 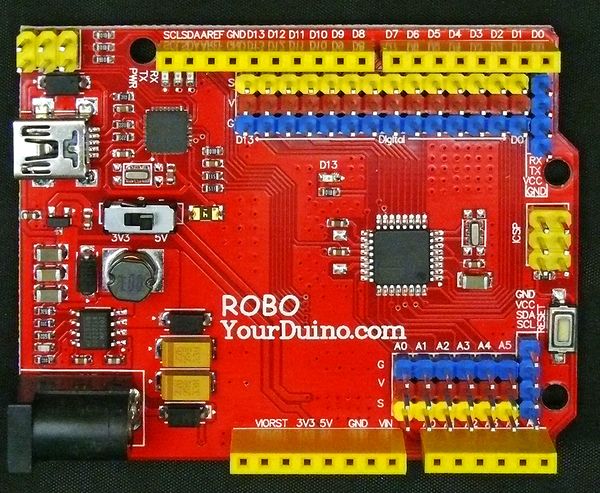 All these Sensors are included in the YourDuino Physical Computing Robot kit.

AND, a COMMUNICATION device that can talk to your Smartphone!

Our Microcomputer (The YourDuino RoboRED) can make COMPARISIONS  between VALUES  which gives us a powerful capability to DECIDE  that:

The diagram below shows all the many things we have to work with in the Physical Computing Robot Kit.

WHAT IF you just want to plug in one Red LED module and make it blink on and off? We will show you two ways to do that. To start we can use the LED built into the RoboRED board. The you can connect more LEDs and stuff. What you will see with MIXLY is visual programming like this:

OK, time to use what you've learned to BUILD A ROBOT .